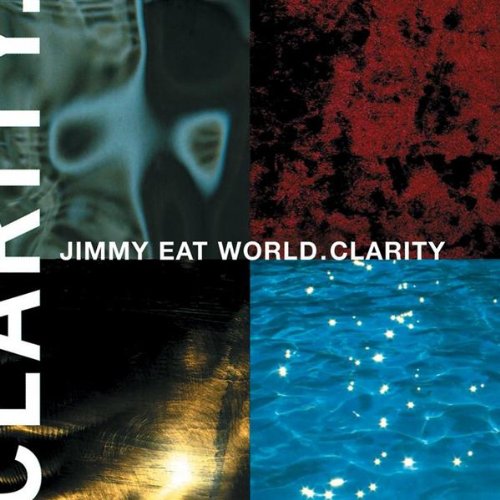 In an odd stroke of coincidence, Jimmy Eat World has announced a 10-date tour to celebrate the 10th anniversary of Clarity, an album to which I was just listening last week and discussing with Eric.

The band will play the album in its entirety – can you imagine going out on the 16-minute Goodbye Sky Harbor? – and the tour appropriately ends in JEW’s (and my) home state, Arizona, on March 7.

Can it get better? … Yes. A reunited No Knife (more coincidence?) will support March 5-7. Arizona’s own Reubens Accomplice is the support from Feb. 23-March 4.

Clarity got the reissue treatment last year, perhaps Capitol’s sad attempt at making money on the album years after ignoring it in the first place.

Personally, Clarity is my favorite of JEW’s albums, if only because I clung to it during one of those odd transitional stages – end of college, leaving home, etc. I also had the fortune of seeing the band at small-ish venues in the Valley (Nita’s Hideaway and the Green Room, in particular).

So of the success of Bleed American overshadowed the group’s early catalog, it’s nice to see the appreciation for Clarity grow with time. Maybe it’s time someone writes a book about it.

Elsewhere: August Brown has some interesting insight about Clarity and its staying power via the L.A. Times’ Pop & Hiss blog.