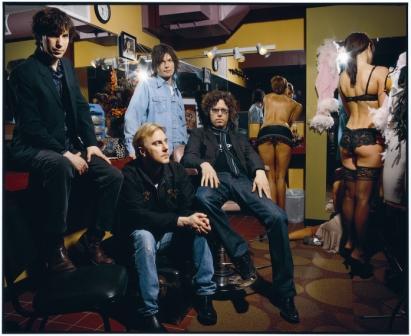 Eight years after their last release, Golden Smog is coming back on Tuesday with Another Fine Day. The band is a side gig made up of members from the Jayhawks (Gary Louris, Marc Perlman), Run Westy Run (Kraig Johnson), Soul Asylum (Dan Murphy) and Wilco (Jeff Tweedy). Anything loosely affiliated to the Jayhawks or Wilco always will grab my attention.

I own Golden Smog’s 1995 release Down by the Old Mainstream, a loose, sometimes-twangy gem of an album. Judging by 5-22-02, which has lots of fun guitar work and some incidental horns, the guys are keeping true to the laid-back spirit of the project.