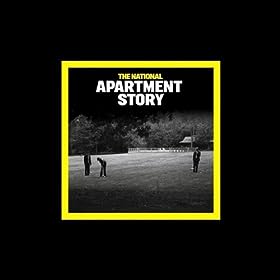 I’ll just go ahead and put this out there: I have no idea who the New Division is. I know, via MySpace, that it’s “an indie rock/new wave band from Riverside, CA founded in 2005 by John Glenn Kunkel.” Also, the band takes its name from two of its main influences (New Order and Joy Division … get it?).

I can get past the gimmicky nature of the name. What’s stopping me is that this indie rock/new wave band from Riverside, CA founded in 2005 by John Glenn Kunkel has covered my favorite song from my favorite album of 2007, the National’s Boxer.

Truth is, it’s not a bad cover. Not at all. And I have to admire a band that is doing its part to spread the greatness of the National. The singer, perhaps this John Glenn Kunkel fellow, introduces the song by saying, “It’s a really, really good song. You should really start to listen to it more often. It’s quite amazing.” I’ll agree with that.

Then, in the back of my mind, I hear a little voice (probably my alter ego that wears skinny jeans) say, “Who does this band think it is, covering such a great song?” But, you know, of course it’s not going to be as good as the original. And, of course, the covering band probably knows that. So what I’m trying to say in this debate with myself is that, yes, I’m OK with this cover. It’s a sign of respect for a band that deserves tons of it.

2 thoughts on “The New Division (who?) covers the National”