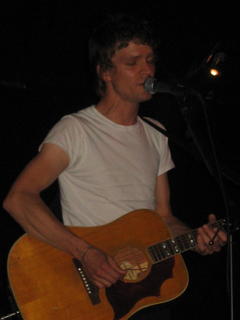 At this rate, I may surpass Chris as Brendan Benson’s No. 1 fan … no, that’s just not possible. I do have to give a shout-out to Chris for introducing me to him, though.

Anyway, I’ve had a few requests (OK, like two … shut up) for this Metarie EP by Brendan Benson and the Wellfed Boys I found in Los Angeles. There’s five tracks, but I’ll post three: the two versions of Metarie and a sorta tweaked version of Alternative to Love (probably my fave BB track so far). The UK version of Metarie, which seems more melancholy than the original, includes the female vocals of Emma J (per liner notes), which gives it a nice change of pace.

This version of Alternative to Love is a little more sparse than the original. It matters not: The song is aces, my friends.

One thought on “Yet even more Brendan Benson”