So I have this cool page-a-day calendar next to my computer that my good friends Jay and Carrie got for me as part of a birthday gift last year. This one is the 365 Tunes Calendar, which is basically what it says: a song for each day of the year.

This past Wednesday’s entry was for 10cc’s I’m Not in Love, and it reminded me of a great cover by former Tempe, Ariz., band Gloritone, which for a while seemed on the verge of really breaking out after the release of its debut Cup Runneth Over, released on the former RCA subsidiary Kneeling Elephant. But that’s a story for another day.

The author of the calendar, Michaelangelo Matos, a music critic who I just discovered has a blog, puts it ever so succinctly and correctly: “A cushion of sound with a shockingly hard center: The guy’s a total dog but the music exposes every word as a lie.”

Aside from the Postal Service reviving Against All Odds as a broken-hearted anthem for the modern indie sap (though I don’t envision Ben Gibbard struggling with love much these days), I can’t think of a better choice for a cover filled with emotional denial. 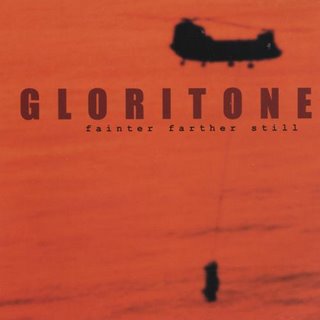 Gloritone (perhaps making a comeback?) pushes the issue with Tim Anthonise’s strained vocals, and the up-tempo pace stirring a stronger sense of urgency than the original.

(Thanks to Last Sound of Summer, who had the original posted.)