I forgot to mention a few minor details in the first ACL post: It was damn hot and damn dusty. Still, the shows must go on. For us Arizona kids, it felt really humid (I know Midwest Dodge scoffed at that.)

Saturday started at 1:30 for us with Mike Doughty’s Band. I love solo Doughty, although his band setup is strangely starting to resemble Soul Coughing: upright bass, drum kit, synth/electronic noise. Still, it has a totally different sound than Soul Coughing. Doughty is a cool cat. I mean, they covered Duran Duran’s Hungry Like the Wolf. He also rocked a few tracks off Rockity Roll, including my faves: 27 Jennifers and Ossining. He was so good we scrapped our plan to leave early to stake out a spot for Built to Spill at 2:30. 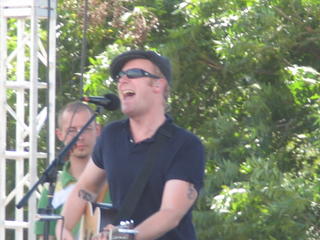 Next was Built to Spill. OK, BTS has been one of my favorite bands, so it pains me to say that I was not impressed or very enthused by their set. They didn’t look thrilled to be there and they didn’t play a new song, which is strange considering a new album is due in the fall. They played some good ones: The Plan, Big Dipper and I Would Hurt a Fly. 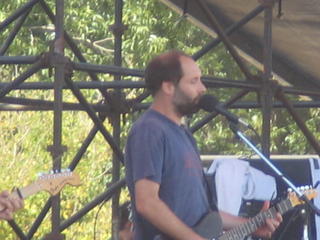 We had a little break after Built to Spill, and I staked out a spot for Death Cab for Cutie. We somehow managed to stand behind a junior high pot party. I swear, this kid had sandwich bag full of canibus. Regardless, Death Cab was solid. They played a couple of older tracks, including President of What?, that seemed lost on the O.C. Generation. My worst fears of Death Cab going major came to fruition when I overheard a kid after the show say, “I just wish I knew more of their songs.” Sigh. 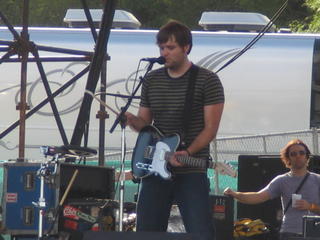 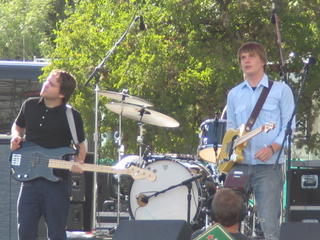 The real fun began at 5:30, when we found out that Chris’ girlfriend, Melissa, got us backstage to the Heineken stage. Just in time for the Walkmen. (And shade and water and beer.) This made all the difference in the world. We might have fainted otherwise. And, oh, it made for some killer pics of the Walkmen. 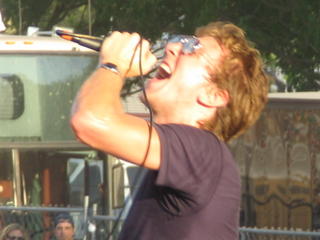 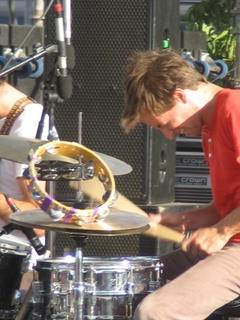 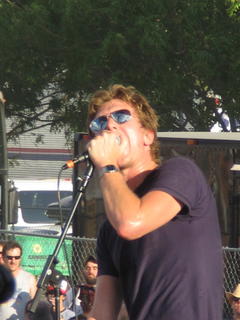 We had an hour to spare before Bloc Party — what, you thought we’d go see Jet? We got a pretty good spot, although I wish the lighting were better (read: I wish I knew how to use my digital camera better). Anyway, this show turned out to be a highlight of the weekend. The BP drummer blew me away, and we had a good laugh when singer Kele Okereke seemed to take a shot at Oasis, which was playing after BP: “You still have Oasis to see, so that should be fun, right? … speaking of, this next song is about arrogance.” Solid. 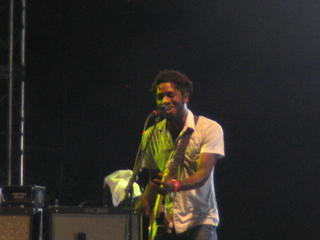 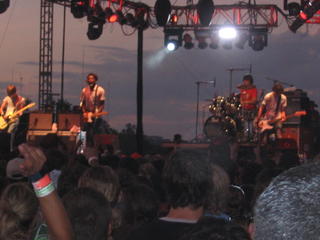 Needless to say, we bailed on Oasis. I wouldn’t have been able to handle their preening and boasting anyway. We capped the night with some quality mexican food and margaritas with Chris, Melissa, Dodge and MJ, despite Dodge’s, uh, fears of the clientele. Next up: Sunday’s busy finale.

One thought on “ACL recap: Saturday”