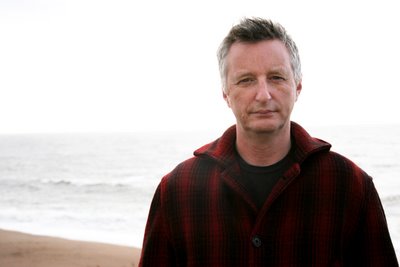 (UPDATE: Had to delete this post and republish because my sidebar was disappearing. So I’ve lost the comments for this post. If you’re so willing, please comment again!)

Like a lot of people (I think), my introduction to Billy Bragg came from the Mermaid Avenue recordings with Wilco. My best friend has urged me to delve into Bragg’s solo work, and I have quite enjoyed Workers Playtime.

Now seems as good a time as any to explore Bragg as the great Yep Roc has rereleased his first four albums individually and as a nine-disc box set that includes two bonus DVDs with previously unavailable live footage.

So dig into this set performed live on KEXP Thursday from SXSW, which includes a new song I Keep Faith. Also, visit Chromewaves for a recap of Bragg’s Toronto concert with the usual assortment of great photos by Frank.

(In the interest of server space, I didn’t include the interview, but I encourage you to visit KEXP and find the archive stream to listen. Some songs include a little chatter/intro before each.)

Also, he plays Way Over Yonder, a song from the Mermaid sessions, but never mentions Wilco. If I remember from reading the Wilco book Learning How to Die, the relationship between Wilco and Bragg soured by the end of the project. Does anyone know if that’s true?

11 thoughts on “Billy Bragg on KEXP from SXSW”