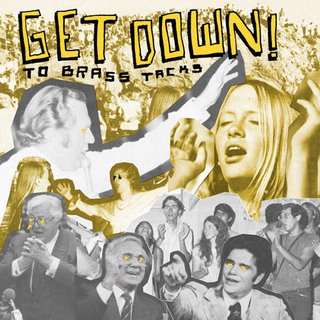 OK, I’ve been really neglectful of local music of late. And I’d like to rectify that with a post here on Phoenix’s Get Down! To Brass Tacks (not to be confused with Gorilla vs. Bear-approved Tacks, the Boy Disaster).

Brass Tacks (for short) is a two-piece outfit: Aarik Miller (ex-Curse of the Carousel Pony) and Josh Gooday (ex-Machines Replacing Teens). The guys are about to head out on a little swing of the West Coast in support of a self-titled EP, kicking off with a show tonight at the Derby in Tempe.

I had heard of the band but never sat down to listen to its stuff until recently. And it’s really … compelling and agitating and busy and compelling (did I say that already?). I have a feeling Brass Tacks will fall into the you love them or hate them pitfall. The vocals are either really distracting or really endearing; I’m going for the latter. But then, I like Isaac Brock and Alec Ounsworth, and Miller follows in the same unnerving and wobbly vocal pattern.

For what it’s worth, the guys say their music sounds like “an egyptian woman trying to sing rock n’ roll.” Ha! They’re joking … right?

Get Down! To Brass Tacks | Lost in Syndication

Related:
Get Down! To Brass Tacks tour dates