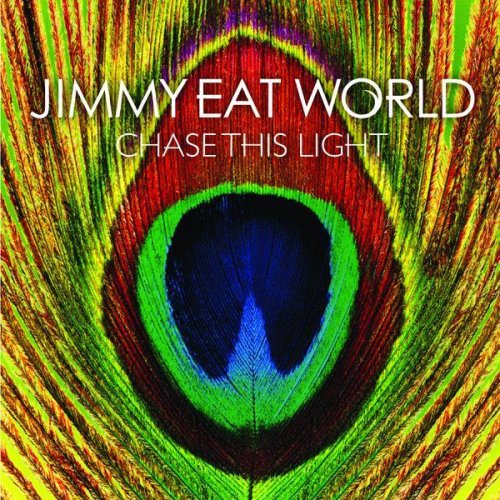 I was wondering recently what’s a worse fate for a band: to be panned in a Pitchfork review or to not be reviewed at all. The album that got me thinking about this was the 2007 release from Jimmy Eat World, Chase This Light.

I may be biased when it comes to JEW because the band is from Arizona, and I’ve long enjoyed pretty much everything the group has done – including Chase This Light, thank you. I found it odd that Pitchfork didn’t exert any energy in reviewing Chase This Light when they seem to have reveled in taking potshots at JEW previously (3.0 for Futures and, criminally, a 3.5 for Clarity in what might be one of the most juvenile reviews Pitchfork has written). Now that I look, Pitchfork didn’t review Bleed American either, though hasn’t stopped the editorial vitriol: “Since Jimmy Eat World’s Bleed American was grotesquely birthed upon our nation in 2001 … ” (from Game of Pricks track review).

So I guess my question is this: Did Chase This Light slip through the cracks or is Pitchfork trying to make some sort of statement by neglecting a review, like, “Please, this isn’t even worth our time.” The cynical side of me seems to think the latter.

That said, I hate to put too much stock in the value/influence of a Pitchfork review. Recently I cringed at their 2.8 review of Ryan Ferguson’s 2007 release Only Trying to Help, another album I quite enjoy (and talked about here). When I sent the review to my brother he brought up a point that’s worth noting: A low rating of a record by Pitchfork only seems to pique curiosity more. As E.J. from Loudersoft said in a forum where I posed the question: “If Pitchfork doesn’t like something, it’s as likely to generate interest as if they do.” It’s an interesting phenomenon, for sure.

Of course, the editorial minds at Pitchfork must know this, which is probably why they didn’t review Chase This Light. (Though, I have to say, nothing Pitchfork could have written would have gotten me as riled up as Idolator’s wordy rambling about the record.)

Anyway, on to the music. Open Bar Reception is a B-side from Chase This Light, one of those singles you get when you buy the album at a record store (ha, novel concept!).