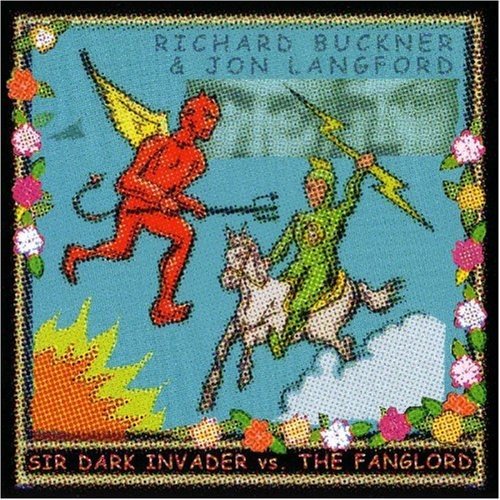 Sir Dark Invader vs. The Fanglord is an album I purchased this year, listened to once, then put it off. I rediscovered it this week, and though it wouldn’t have found a spot in my favorite albums of the year, I have been attached to it the past few days.

The collaboration of Richard Buckner and Jon Langford (Waco Brothers, The Mekons) apparently was a one-shot deal, recorded in the apartment of Mekons member Sally Timms. It was released on Langford’s Buried Treasure label.

I’ve been a huge fan of Buckner, but Langford was new to me. The difference in styles is apparent: Buckner’s husky growl vs. Langford’s grainier high-pitched tone. I was skeptical, but I like how Langford takes a bit of the edge off Buckner’s usual somber temperament.

One thought on “Richard Buckner and Jon Langford”