This is the first in what I plan on making a recurring feature on this blog. It sort of marries my interests in hip-hop and vinyl. Basically, I’ll link a hip-hop song and — if I own it or can find it on vinyl — I’ll digitize the sample used in said song. Why? Because I can. And (not to sound too righteous) because I think it’s important that the original song is given its due in its original form.

That’s why I chose Kanye West’s Gold Digger as my first selection. I gotta say, I was at first excited to hear he used a great Ray Charles song I Got a Woman as the main loop. That is, until I heard Jamie Foxx alter the lyrics in the opening (sigh):

If you ask me, Ray’s vision of the song is totally lost here. He was writing an ode to his woman. Kanye’s is a knock on women. This is what happens when Jamie Foxx gets involved. 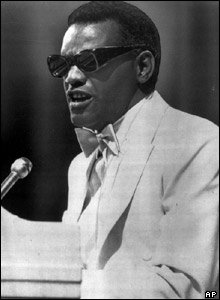 You be the judge:

Kanye West | Gold Digger
Ray Charles | I Got a Woman

6 thoughts on “Samples: before and after”