Not that you need a good reason to sample Rush’s “Tom Sawyer,” but El-P has a couple. For starters and most important, this remix of “Drones Over Bklyn” – a song that was released as part of Adult Swim’s Singles Program over the summer – serves as a benefit for fellow (uninsured) producer Mr. Dibbs, who has been diagnosed with cirrhosis of the liver. All proceeds of the sales of the song will go to a fund set up for Dibbs.

Second, El-P is using a new technology from Legitmix that allows producers/remixers/DJs to legally bypass the hell of sample clearing. I guess it goes something like this (per the press release): “Legitmix provides an alternative by enabling consumers to recreate on the binary level a sample-based track using their copy of the original music.” I think, from what I can tell, as long as you already own the song, you can remix it via Legitmix, which also offers a way to buy the original song. Read more at the site.

Stream “Rush Over Bklyn” (and “Drones Over Bklyn”) below and buy it here.

It seemed like just a matter of time before Grizzly Bear’s precious Veckatimest was mined for sampling purposes. Unless I missed something, looks like Kidz in the Hall won the race to be first.

As part of a free EP coming out on Dec. 8 — Professional Leisure Tour — Naledge and Double-O tap the fairly obvious choice, Two Weeks, for a track called The Grizzly Man.

Piggybacking on Grizzly Bear’s wave of popularity is a smart idea, if not a little forced. Naledge’s rhymes sound a little clunky over the sped-up tones of the familiar piano loop. But Double-O makes great use of the vocal hooks an an intro and bridge between verses.

By now, you’ve probably had all the Michael Jackson tributes you can handle. (This is probably the first place you should have turned to for that.) Anyway, I’m not one to weep over the death of a celebrity – one of the strangest phenomenons to me (especially after watching events unfold on Twitter).

That’s not to say Jackson didn’t influence my listening habits. Of course he did. I can remember playing my brother’s vinyl copy of Thriller and friends dressing as Jackson for Halloween when I was younger.

But in many ways, hip-hop offers the best kind of tribute through the art of sampling. It’s a tangible form of gratitude and recognition of inspiration. And while I’m sure there are dozens and probably hundreds of others that I don’t have or haven’t heard, here’s just a few hip-hop tracks from my library that sample Jackson, with Nas’ It Ain’t Hard to Tell my favorite.

The Light in the Attic reissue of Serge Gainsbourg’s Histoire de Melody Nelson has garnered some heady praise, including a 10.0 and Best New (Old?) Music status from Pitchfork.

I don’t claim to be at all familiar with Gainsbourg’s work, but when I listened to the album, the opening bass line to the first song, En Melody, was instantly recognizable: The Beatnuts, the criminally overlooked New York-based trio (now duo), sampled it on Superbad, which appears on their 1994 full-length debut Street Level.

The Beatnuts push the tempo on the sample, turning the provocative mood of the original into the perfect low-end foundation for one of the best tracks on Street Level (and possibly The Beatnuts’ catalog).

I don’t claim to know a ton when it comes to the soul/funk/jazz arena. I leave it for folks like O-Dub, Funky 16 Corners or Scholar at Souled On.

But I know when something moves me … or, more appropriately, makes me move. That’s been the case with the Menahan Street Band, whose forthcoming album, Make the Road By Walking (out Oct. 14), has captured my attention.

Like most people, my introduction came in a somewhat backward manner. The title track to the album is the loop on Jay-Z’s Roc Boys (And the Winner Is …), from the American Gangster soundtrack. Trust me, you’ve heard it. (That’s just one of hip-hop’s many fine attributes – exposing these sometimes-obscure but deserving sampled songs to the masses.)

Some back reading: Tom Brenneck, guitarist for the Dap-Kings and Budos Band, is the man behind Brooklyn’s Menahan Street Band, whose album will be released on his Dunham Records, part of the Daptone family. Also, the album was recorded entirely in analog in his bedroom.

Without getting too much into the X’s and O’s, I’d highly suggest giving this one a listen and checking out the full-length when it becomes available in October.

My pals Jay (aka DJ Funkfinger) and Celine (Queen Celine) are putting on the first of what I hope to be many successful soul nights at Chez Nous in Phoenix. As you can tell by the blinking gif there, the night is called Filet of Soul.

Jay has kindly asked me to contribute some tunes – 45 minutes’ worth – and my wife (bless her) won’t let me get out of this. Eeek! As I’m not a DJ nor do I pretend to be, I’m a little nervous about showing how I can’t mix or match beats. To think, I usually mock those kinds of DJs!

Ah well. If anything, I’m going in there with a theme: I’m going to play soul songs that have been sampled by recognizable hip-hop songs. Maybe not all that original, but it’s what I know.

So who out there has some suggestions for me? I’ve got a pretty decent list compiled so far. I’ll be using Jay’s Serato set-up – what? I never ripped on DJs who mix only mp3s … honest – though I wish I could do it on all 45s.

No matter. Here’s one of the tracks I’ll be playing.

Sole Sides points us in the direction of this gem — a mix of songs sampled by DJ Shadow as used for his own music.

This is another great example of how Shadow has inspired musicians and crate-diggers alike. Check out a previous post on the Shadow Sessions, a live band that performs Endtroducing.

From what I can gather, the guy who put this together, Fraykerbreaks, has been hunting/collecting Shadow’s sample sources for years.

Translated from the site: “Fraykerbreak, in his second collaboration with nachopancho brings us a set full of original samples from the magnificent DJ Shadow.”

I can’t recall the year, but if memory serves, it was the third bout between Evander Holyfield and Riddick Bowe. Bowe won the first, Holyfield the second. I’m watching the introductions, filled with the usual pomp of the sport, when Bowe emerges from the curtains and walks out to James Brown’s The Payback. Whoa. I really didn’t have a rooting interest in either boxer, but I can remember thinking that had to be one of the coolest (and most appropriate) song selections for the situation.

The title says it all: a down and dirty vow of revenge and payback. Released on the LP by the same name in 1973, The Payback feels more like Brown is preaching than singing. He talk-sings in fragmented bits in between the rhythmic guitar strumming and funky bass. And he employs the call-and-response tactic, name-checking trombonist Fred Wesley for emphasis: “Hit ’em Fred, hit ’em!”

The lyrical freedom Brown gives himself in the song lends to its greatness: it’s not seven minutes of structured verse-chorus-verse boredom, but a tirade of one pissed-off dude. I’d hate to be the guy who inspired this anger.

The equally testy wah-wah guitar and daunting bassline make an obvious foundation for sampling, which EPMD did extensively, though the use of it by En Vogue and L.L. Cool J (mp3s below) probably gave it more commercial appeal.

UPDATE: Oliver at Soul Sides has started to share his thoughts – and music – of James Brown.

I’ve been enthralled by the recent writing on the revival of the Incredible Bongo Band’s 1972 LP, Bongo Rock, which contains the cover track Apache, a heavily sampled song in hip-hop for its wicked bongo/percussion breakbeat.

The New York Times wrote a piece about the album, which is being properly reissued after decades of bootlegging. Soul Sides followed with a little more detail about Apache. (An aside: If you’re not reading Soul Sides, you’re really missing out.) As a fan of hip-hop, I’d probably heard Apache copped thousands of times with no idea about the rich, and somewhat sordid, history of the song.

The short version is that the legendary Kool Herc got his hands on a copy of Bongo Rock, which was all but forgotten, and introduced it to his weekly DJ night in New York. Extra copies of the same record “allowed him [Herc] to extend percussion-driven sections of songs indefinitely through hand manipulation of the turntables, creating hypnotic percussive loops” (Times story). That gave rise to the use of the breakbeat, an especially vital part of a track for the B-boys and B-girls (or breakdancers).

Another post by Soul Sides from last year gives you mp3s of the various versions of Apache and just a few of the hip-hop songs (The Roots’ Thought @ Work, Nas’ Made You Look) that sampled it. DJ Z-Trip blended the break in Apache with Madonna’s Like a Prayer on the never-cleared but popular Uneasy Listening Vol. I with DJ P. The-breaks.com gives a list of songs that use the sample, though I’m guessing it’s only partial.

Needless to say, I defer to Soul Sides, the New York Times article and music writer Michaelangelo Matos for historical context of Apache. It’s quite an amazing piece of hip-hop history. (Meanwhile, the reissue of Bongo Rock is available at eMusic, which includes the 7-plus-minute Grandmaster Flash remix.)

I’ll add to Oliver’s extensive post of mp3s with L.L. Cool J’s You Can’t Dance. From Matos: “I believe the first major rapper to utilize “Apache” is—and I’m happy to be proven wrong about this—L.L. Cool J, with “You Can’t Dance” from his 1985 debut, Radio.”

Listen for the bongo break right at the chorus after L.L. spits, “You can’t dance.” On the raw and beat-heavy Radio, it seems like a natural spot for Apache’s introduction to the sampling world.

IN A BIZARRE COINCIDENCE, I swung by Z-Trip’s Web site. He’s made Uneasy Listening available for download in four parts on a new downloads page. I strongly suggest you grab that; it was a mash-up before the term was ever popular.The album never got a proper release, likely because attempting to clear the hundreds of songs used would be a lawyer’s nightmare. I believe about 1,000 copies were pressed; I’ve seen numbered vinyl at Amoeba.(If you’re looking for the use of Apache/Like a Prayer, it comes early in the mix.) 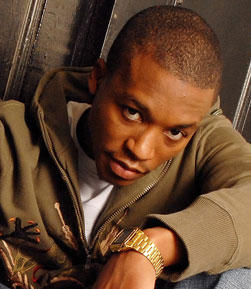