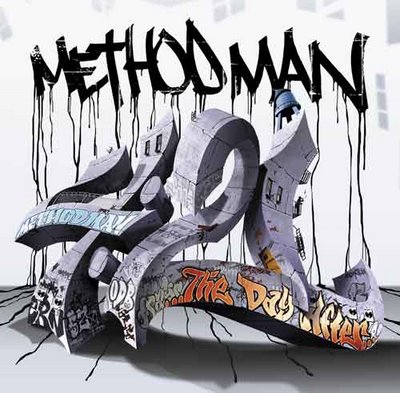 I’d be lying if I said I’ve really kept up with the doings of the Wu-Tang Clan (and all its various members and projects) after 1997’s Wu-Tang Forever (Reunited was the jam, y’all).

Obviously, Ghostface’s popularity has soared, although GZA was always my favorite of the Clan. But I wouldn’t put anything past Method Man, whose solo debut Tical was a down-and-dirty classic – definitely one of the best Wu-affiliated releases.

Meth (perhaps done with the Speed Stick commercials?) is back with 4:21 … The Day After, a title, not surprisingly, related to marijuana: “The national weed smoking day is 4/20, so I named my album 4/21 the day after. Because after that day, you have this moment of clarity when you’re not high and you see things clearly,” Meth says in a press release mass-mailed to hundreds of bloggers.

On the first single, featuring a chorus hook by Lauryn Hill and production by the great Erick Sermon (ex-EPMD), Meth calls out – who else? – haters and critics over a pretty smooth strumming guitar loop.

Related:
Get your Wu name! (Mine is Gorky`s Zygotic Glove Puppet)
Wu-Tang at Celebrity Theatre in Phoenix, Aug. 3. (Tix are $42. Yikes.)

Elsewhere, the Aquarium Drunkard has returned safely to LA after his cross-country driving tour with his wife. And he’s back with a bang: An interview with Alejandro Escovedo.On a similar note, Muzzle of Bees has a new Richard Buckner track for his album, Meadow, due out Sept. 12 on Merge Records. Two great posts about two of my favorite artists. Thanks, guys.