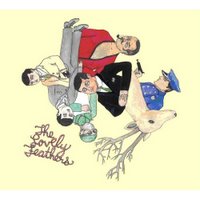 I didn’t exactly intend it this way, but today’s post seems dedicated to a couple of albums that really have me flustered.

I’m not sure two albums have made me waffle so much before as The Lovely Feathers’ Hind Hind Legs and Sunset Rubdown’s Shut Up I Am Dreaming. I’d like to think I can safely tell after a couple of listens to an album that I’ll come back to it or leave it for dead. These two … I just don’t know, even after multiple listens.

(We know Wolf Parade’s Spencer Krug leads Sunset Rubdown. Is it true WP members have come and gone through The Lovely Feathers? If so, maybe there’s some correlation here.)

Both albums are oddly compelling. The Lovely Feathers, by the look of it, appear to be a blogger favorite. Hind Hind Legs is maddeningly schizophrenic and sort of catchy. Damn you, Lovely Feathers. If I hum In the Valley one more time, I’m going to punch myself.

If you’re not careful while you listen to this album, it’s sometimes hard to tell if you’re still on the same song. I’m a copy editor, so I usually listen to music whilst working/reading. I tried with Hind Hind Legs. Bad idea. Waaaaay too distracting.

I think if you strip away some of the irony there’s some genuine feelings and emotions going on here. But then the sarcasm just smacks you across the cheek on a song like Rod Stewart:

I mean, this album has songs I’m pretty sure I don’t like, except that I do. You know? Ahhh! Leave me alone, Hind Hind Legs!

Then there’s Sunset Rubdown. Right off the bat, I don’t like the name. “Rubdown”? Come on. It’s a little unsettling. 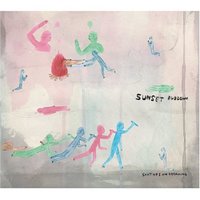 Krug, like it or not, has that whole Wolf Parade thing working for him, so Sunset Rubdown is going to draw interest regardless. I heard some blogger on Sirius last week say he likes to refer to Wolf Parade as Krug’s “other” band, such is his devotion to The Rubdown.

I’m not ready to turn myself over to Krug quite yet. Where Apologies to the Queen Mary is a tight, focused affair, Shut Up I Am Dreaming is a little more sprawling and esoteric – exactly the kind of music for which an arteeest uses a side project as an outlet. (These sorts of things break up bands, you know. Look no further than Soul Coughing.)

By nature, Sunset Rubdown is less volatile in its mood swings than The Lovely Feathers. Shut Up may take some growing into, but I’ve already pinpointed a few tracks (like I’m Sorry I Sang On Your Hands … ) that I just haven’t cozied up to quite yet. That said, Stadiums and Shrines II, Us Ones In Between and The Empty Threats of Little Lord are pretty outstanding.

So, I ask of you, Lovely Feathers and Sunset Rubdown, give me more time. I just need some space. I’m not ready for this commitment. We’re moving too fast. Can we just be friends for now?

[mp3] Sunset Rubdown | Us Ones In Between

While I’m on the topic of Sunset Rubdown, be sure to head over to Daytrotter, which has four in-studio tracks available for download, including a new song Winged/Wicked Things.

5 thoughts on “The Lovely Feathers and Sunset Rubdown”