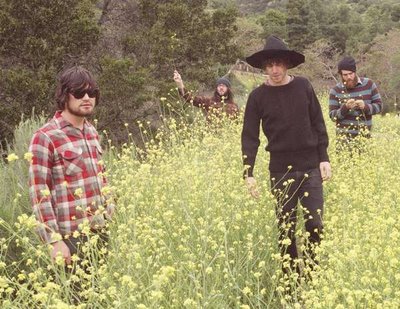 With the release of debuts by Silversun Pickups (July 25) and Darker My Love (August 22), Dangerbird Records could have a very fruitful summer.

The similarities between the two bands are pretty evident; they both have updated takes on the shoegaze/psych-rock sound. To me, Darker My Love recalls a little Kyuss with driving melodies of British Invasion era (especially on Summer Is Here). The bio cites My Bloody Valentine, The Velvet Underground and The Dandy Warhols, so I may be way off. I only know what I hear.

Either way, I think a tour with Silversun and Darker sounds like a fine idea. That said, Darker My Love is playing in Phoenix at (sigh) Dodge Theatre on August 8 as openers for AFI. Nothing against AFI … Dodge is just a fairly sterile/impersonal venue.