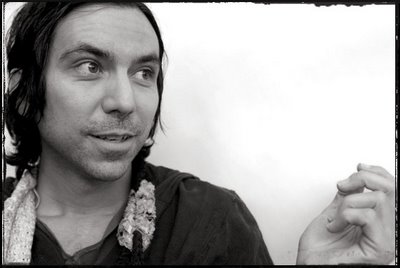 Because I have a hard time shelling out $35 (plus $3 facility fee!) for any show, I’ll probably miss Austin’s David Garza opening for Fiona Apple June 20 at Dodge Theatre. Aside from Dodge Theatre’s sterile, impersonal environment, I’d be spending the dough for Garza more than anything anyway.

David Garza (accent on the “i”, as in Dav-eeed) is one of those artists in my collection I can easily overlook, but when I start listening again he’s hard to quit. His 1998 release This Euphoria might fall under one of those “desert-island discs” lists if I ever cared to put one together. He’s got the heart of a true singer/songwriter, but the playing chops that inspire big guitar riffs and pulsating drum beats.

He’s absurdly prolific, and his cameo appearance for a set by fellow Austinites Hairy Apes BMX was a highlight of our trip to the ACL festival last year.

Catch him on tour this summer. And you’d do yourself a huge favor by picking up any of his works.