Back in the day, you know, when Al Gore invented the Internet, I spent a hell of a lot of time on the Hieroglyphics message board. Peeps were trading tapes, mixes, CDs, records, you name it. You see, kids, this is how they did it before mp3 blogs. Mix tapes were meticulously recorded then sent out through real, actual mail.

Well, I still have a shit ton (heh, “shit ton”; that’s for Chris) of those mixes – yes, you might say I have tapes ‘n tapes. I’ve not taken the time to sort through and digitize them, though there are some gems in there. Like this track, Golden Brown by Kaleef. This was one of the greatest tracks I received on any mix, and I had (and still have) no clue who this Kaleef character is.

So I was quite thrilled to see the great Analog Giant drop a post with the original track from which Kaleef sampled. The song – also called Golden Brown – was composed by the Stranglers, yet another artist about which I admittedly know nothing.

No matter because this is one of my favorite exercises in listening to music, hip-hop especially: samples, how they’re used and finding the original source material from which the sample derived. I imagine if you’re a DJ or producer, the vast potential of sampling material must be overwhelming. This relatively unknown Kaleef track is probably indicative of the thousands of creative sample uses that go unnoticed.

Here’s a few pics from Thursday night’s People Under the Stairs show with Psalm One and Time Machine. That was my first time seeing PUtS, and those guys bring serious energy with the good-time vibes. 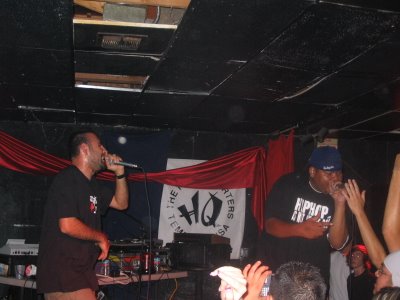 Thes One and Double K are People Under the Stairs. 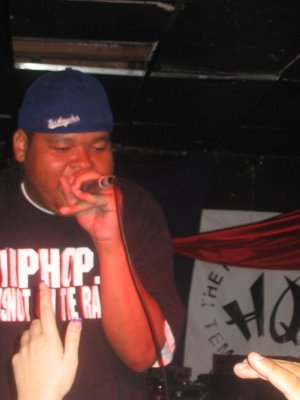 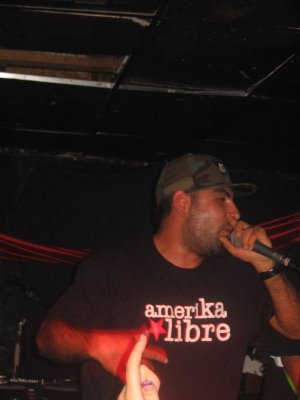 hes One ripped off some kid’s hat for this rap.