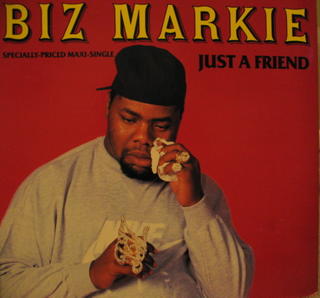 Of all my music purchases last week in Los Angeles, this 12″ vinyl single of Just a Friend — in pristine condition — is perhaps the standout gem.

Whether or not you’re a hip-hop fan, everyone has heard this song, and it’s almost impossible to say you don’t like it. The piano loop is classic and Biz’s off-tune singing in the chorus is almost laughable, if the song weren’t so damn good.

Listening to it now (I was 12 in 1989 when it was released) I can appreciate the song for more than its nostalgic value. I really like Biz Markie’s story-telling ability; that just seems to be a really underrated style of rap. (Slick Rick was the ruler, of course.) But I think it’s safe to say Just a Friend made it OK — even cool? — to rap about relationships (see also, The Pharcyde’s Passin’ Me By). 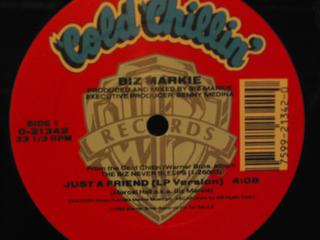 One thought on “Flashback Friday: Nobody beats the Biz”