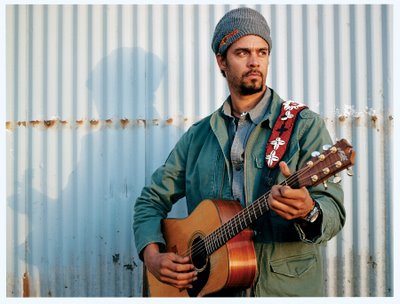 It’s no surprise, but 2006 has yielded a crop of protest pieces, whether songs or full albums. One of the most personal and touching is Yell Fire!, the latest from Michael Franti and Spearhead, due for a July 25 release.

Franti, long an outspoken activist from his days in the Beatnigs and Disposable Heroes of Hiphoprisy, traveled to the war-torn sections of Iraq, Israel and Palestine two years ago to take in the devastation for himself. The result is a documentary, I Know I’m Not Alone, and Yell Fire!, a powerful protest of war (Time to Go Home) but also an uplifting plea for unity (Hey Now Now).

In the hands of someone less talented and, of course, less knowledgable, Yell Fire! would threaten to become preachy and righteous. But this is a guy who spent time in Iraq – of his own choosing, no less. He all but demands your respect and attention. He saw first-hand what we only read about or see on TV.

Like the Coup’s Pick a Bigger Weapon, Yell Fire! stands up and says something important. That Franti and his group spent time recording the album in Jamaica – an homage to his reggae forefathers, perhaps – only adds to the rebellious nature of his words and the music.