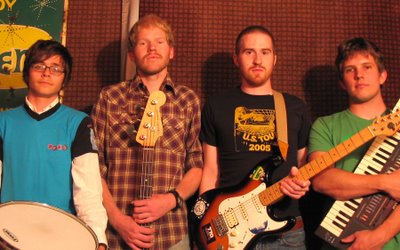 So about a little more than a week after the boys in Tapes ‘n Tapes played for KEXP from SXSW, they found their way to the Seattle radio station for another in-studio. Because I’m not as fortunate as some people, who have seen Tapes about 37 times in the past couple of weeks, this will have to do for now.

Meanwhile, the trip to LA is but a day away. Mmmmmm, we’re gonna see the National on Wednesday with the Drunkard and his wife (but dinner and drinks first). We’re gonna hit Thai Town and eat ridiculous amounts of Thai food and probably haul some back to Arizona. (My wife and her family are Thai and they bring a cooler on these trips to LA. I’m serious.) We’re gonna see Jax. And I’m going to spend many hours in Amoeba Records.

Anyway, on to the Tapes.

1. Cowbell
(Might be a little bass-y; not sure if that’s my recording or the studio engineer.)
2. Omaha
3. Insistor
4. Jakov’s Suite
(With a little clarification about how to pronounce the title.)

On a totally non-music-related topic, a parking lot next to the building where I work in downtown Phoenix is being torn up, for it will be the future site of some monstrous hotel. This lot sits between our building and our parking garage, which offers about a block of walking in between.

The walk from the garage to the building was lined with these towering palm trees that I suppose (living in Arizona) I took for granted. That is, until I saw what the construction company did to them in the leveling process. There was no uprooting and transferring of the trees. Nope. They just sawed them off, leaving a row of helpless palm tree stumps. The portions that were cut have been chopped into smaller pieces to, I assume, toss or mulch or something. I’m no Sierra Club activist or anything, but the visuals made me kinda sad.

A few pics of the Palm Tree Massacre below: 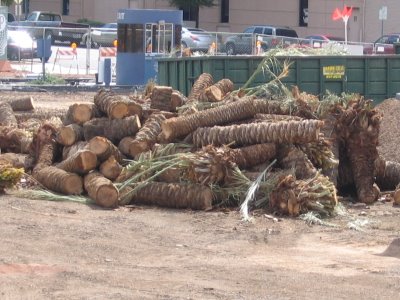 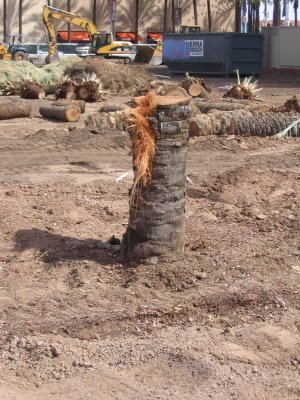 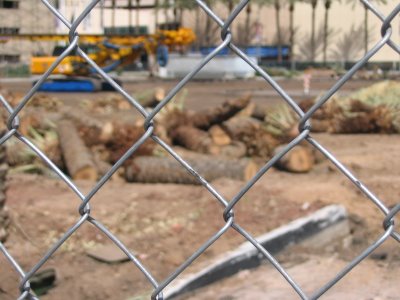