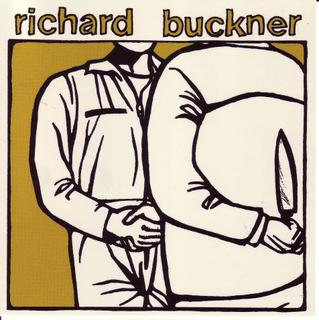 Even though I just saw Richard Buckner this past November in Phoenix, I’m really excited to see him again tonight in Tucson with Anders Parker, whom I saw open for Jay Farrar not too long ago in Los Angeles.

This will be at least the fourth time seeing Buckner, and I really wouldn’t pass up a chance to see him at any time. I remember the first time, probably about eight years ago, at Balboa Cafe in Tempe with my brother; Buckner opened for Alejandro Escovedo. I was floored by Buckner. I’ve never seen one man and a guitar command that sort of presence at a show. “Husky” seems to be the most-used adjective to describe his voice, and rightfully so. (I thought “husky” was only used to describe big-boy jeans.) It’s not exactly flattering, but it’s fitting.

His songs are the stuff of drunken loneliness, open country and empty yearning. I distinctly remember in October 2000, having accepted my first sportswriting gig in Lubbock, Texas, listening to his debut “Bloomed” as I drove into Texas wondering what the hell I was exactly doing. The album was recorded in Lubbock, and I thought I’d develop some closeness to the music because of it. Like when he sings, “He didn’t know much misery / But there was plenty of time to learn.” That borders on cheesy, I know, but the album pulled me through some serious homesickness (if you lived in Lubbock you’d understand)

That said, I’d recommend anything he’s put out, especially “Bloomed” and his latest, “Dents and Shells” (on Merge … you know, home of the Arcade Fire).

I have too many songs I’d want to include here, so I’ve recorded his KCRW appearance from last year (split into two MP3s, before and after the Nic Harcourt interview).

As for Anders Parker, I’m still new to his music. But I’m liking his newest, “Tell it to the Dust,” quite a bit.