Great, great show last night by Soul Position. I realized it’d been some time since I’d been to a real fun hip-hop show, and SP fixed all that. I also highly recommend opener Blue Scholars from Seattle.

[mp3] Blue Scholars | No Rest for the Weary
(thanks to tmwsiy* for this track!)

I also briefly chatted up Blueprint at the merch table. Seriously nice guy. He even put a card I gave him in his wallet. Can’t wait til he cleans it out and is like, “What the f*** is this?” (Tosses into trash.)

RJD2 rocks a trigger drumpad around his neck with “technology on his head.” 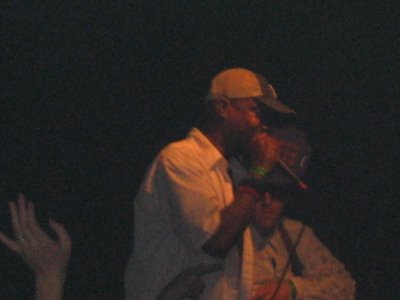 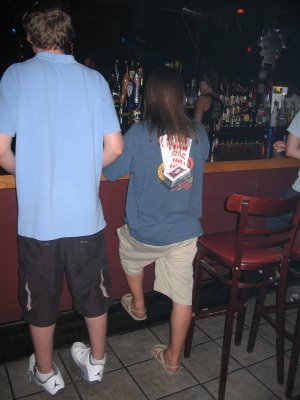 Jesus!! Sandals.
And just to prove that I’ll incriminate myself, here’s a photo that pretty much destroys any hopes I had of public office:

Seattle station KEXP has a blog. Read it.

And a shout out to Jason, who works at Zia Records and I met last night. He didn’t even laugh when I bought Van Halen’s 1984 on vinyl.