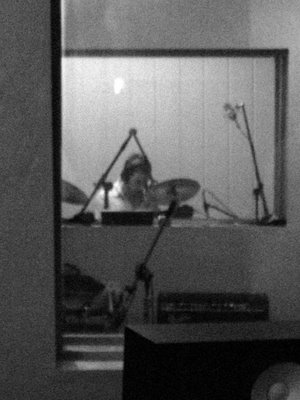 My job, much as I enjoy it, requires I work at night. Which means I miss quite a few social gatherings, including many a good show. It also means I’ve seen my brother’s band, sourceVictoria, only about a paltry three times, which disappoints me greatly.

You’ve read me gushing about sV before. It has only a little to do with the fact that I admire my brother so. More than that, it’s that I believe in his band a great deal. So good for so many reasons. The music will say more than I can.

Anyway, anyone in Phoenix should go Saturday night to the Paper Heart, where sourceVictoria (MySpace, biyatches) will be playing with the Minibosses and Quarter Inch Crown. Go, because I can’t and I’ll be regretting every precious moment.

One thought on “sourceVictoria Saturday night in PHX”