No matter. I don’t mean to exaggerate, but Saturday’s show was one of the most compelling I’ve seen in some time. The Walkmen pretty much rock. So many indie shows we put up with that self-indulgent moping like it’s just part and parcel of the gig. Damn it! Grab a microphone like you mean it. Yell and scream. Just look at Hamilton. He even drinks his beer like he’s got something to prove. A Hollywood Reporter concert review says he looks like “a frat boy gone to seed.”

The Izod shirt was a nice touch. 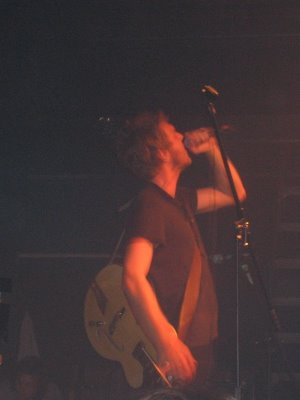 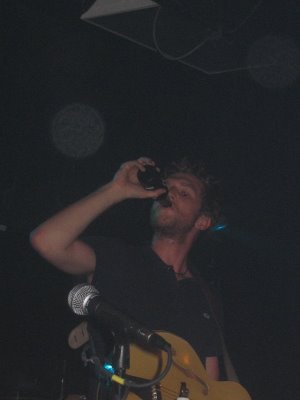 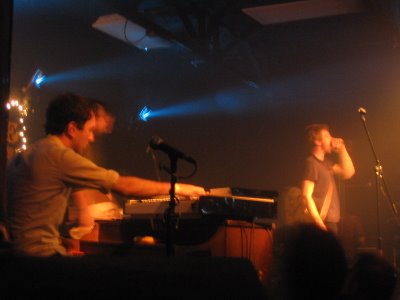 Highlights: The Rat (duh), Wake Up, Little House of Savages, Louisiana … oh, pretty much all of them.

Also, the Walkmen were guest DJs at the Rogue in Scottsdale for a little after-party action at the club night “Shake.” The place was freaking crammed and hot as Hades, but after several Bud Lights at the show ($5 for a 24 oz. can!), dancing seemed like a very realistic option. So we did. I mean, I don’t dance. Ever. But when Hamilton dropped some N.W.A. Straight Outta Compton, well, my crush far exceeded my wife’s.

A couple of pics: 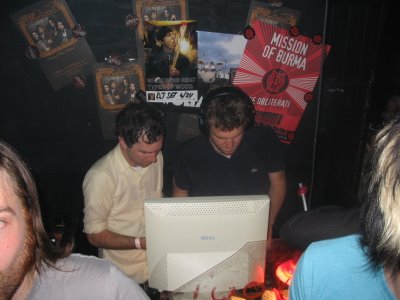 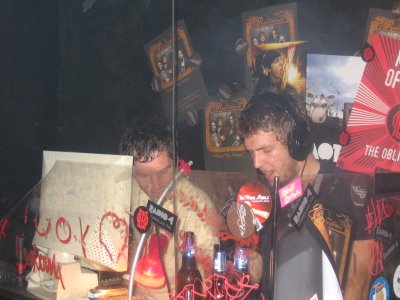