Yesterday I was reading the excellent A.V. Club at The Onion, whose Random Rules is a regular feature with an artist who discusses shuffled songs on his/her iPod.

This week’s guest is Slug of Minnesota’s Atmosphere. Included among Slug’s wide-ranging shuffled stops (Tom Waits, Lifter Puller) was Built to Spill’s I Would Hurt a Fly. Slug tells us, “This is actually my favorite Built To Spill song ever, and it’s totally because of a rapper named Cage.” I like both artists but had no clue their paths ever crossed in the form of a hip-hop track. 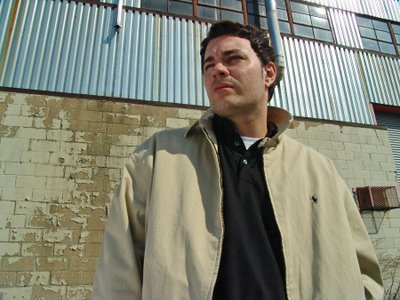 Turns out, Cage (on El-P’s great Definitive Jux label) samples Hurt a Fly for a track called Ballad of Worms (2004, Eastern Conference: All Stars III) – which details, quite graphically at times, his sick girlfriend who is on her deathbed: “I tell her, keep her head up / Even though I gotta hold it up for her.”

In the hands of Cage, Doug Martsch’s lifted vocals (“I can’t get that sound you make out of my head … “) still depress but in a more macabre tone. The sampled strings and guitars sound even more haunting and desperate than in the original Built to Spill track.

A few points to be made here: For one, this is sampling at its best. Not so much in terms of creatively reworking the sampled source but in recognizing a mood in a lyric and giving it a different meaning in a new context.

Secondly, why aren’t we seeing more of this? That is, hip-hop artists sampling more current indie acts. The hurdle of clearing samples aside, this marriage of genres would go a long way to help squash whatever preconceived notions fans may have of either style. It’s a little more than intriguing that a respected underground MC is sampling an iconic indie-rock group. If you’re a Built to Spill fan, maybe you don’t run out and buy Cage’s albums, but he at least piques your interest. And we might safely assume that Cage had some working knowledge of Built to Spill’s catalog, meaning he’s probably a fan himself. At the very least, you have to respect that.

5 thoughts on “Cage samples Built to Spill: “Ballad of Worms””