There’s been a great run of in-studio sets lately. If you haven’t visited already, rbally has Jose Gonzalez’s set from KCRW, including the interview (Jennings, you damn overachiver!).

Cold War Kids hit KEXP yesterday, just a mere four days after we saw them in Tucson. The KEXP set pretty much confirms my initial impression of them. That is to say, I enjoy their somewhat spastic compositions and the bluesy co-mingling of piano/drums/bass/guitar. Hopefully, a full album is in the works.

I first heard about Elvis Perkins via the KEXP Live Performances Podcast. Then Stereogum posted on him yesterday, and I had his While You Were Sleeping pretty much on repeat all night at work. That’s no lie.

Elvis Perkins | While You Were Sleeping (via Stereogum).

And here’s a random photo I took on the way out of Tucson last week: 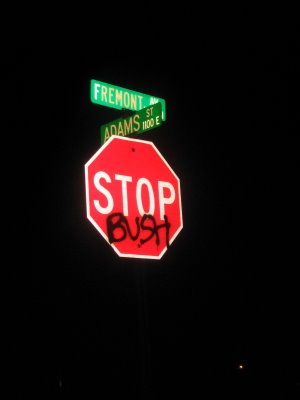