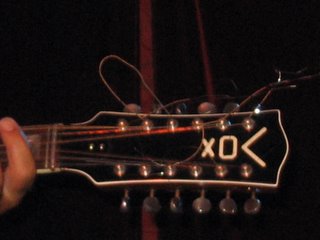 Remix Week has come to an end, but there’s plenty to get to this week. (As a reminder, I’ll be knocking out the remix links by about midnight tonight.)

I have a feeling I could be going heavy on the hip-hop this week. I picked up Blueprint’s 1988 (on Rhymesayers Entertainment) last week, and I love it. I also have another new Aceyalone track.

First, a few loose ends for this Sunday:

A reader, Ryan, sent me an mp3 of a mashup that his DJ friend put together of two songs he considered to be the best and worst of 2005: Neighborhood 3 My Humps (mp3). (Even though I think it’s widely accepted that the Arcade Fire’s Funeral came out in 2004, this still was pretty damn funny.) Thanks, Ryan.

There seems to be a load of concerts that I wanna hit in the AZ in the coming months:

Looks like lots of coolness going on in Tucson, which brings me to an email I got from The Golden Boots, a “crumbly western and alt-alt country” band outta the Old Pueblo. Check out their MySpace for some tunes. They’re playing in Phoenix at the Trunk Space on Jan. 23 and I wanna do a more thorough post in the coming days.