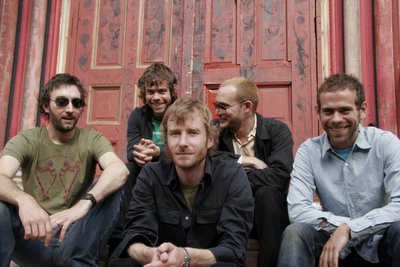 A request came last week to convert The National’s in-studio performance on WOXY into mp3s, and who am I to deny such a worthy suggestion? After all, I believe in a democracy. I also believe in The National, which happened to own the top slots in my favorite albums and songs lists of 2005.

The set contains four songs, including an outstanding and energetic rendition of Abel. Also, I’m curious as to anyone’s interpretation of the song Secret Meeting. (Get the lyrics here.) In two interviews I’ve heard, both interviewers talked about listening to that song quite a few times before it really hit them. I have an idea of what I think the song is about, but I’m wondering about anyone else’s translation of the lyrics. Fire away in the comments.

14 thoughts on “The National on WOXY”